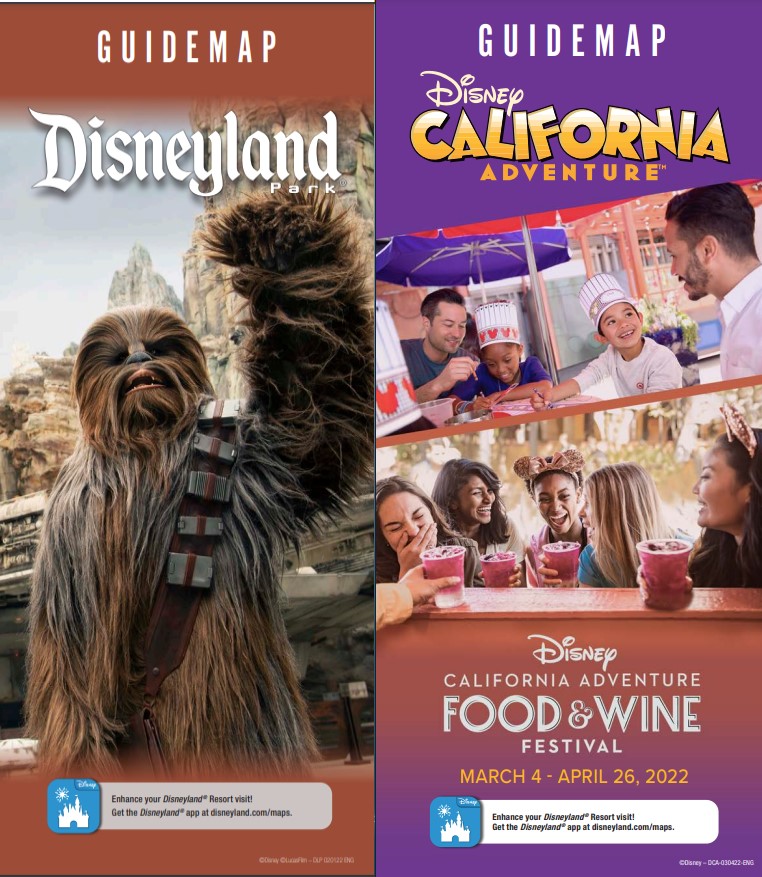 So, it seems Disneyland did update their maps on March 4th. Same Chewbacca cover, same code, but slight changes on the inside. The changes I can spot are new name on the nametag (it’s now Rick, was Joelle before), different Magic Key ad on the back and the mobile area features two new food items. I still wonder if they’re going to update again tomorrow after Toon Town closes for a year long refurb. Time with tell.

March 4th – Disneyland – New Chewbacca with slight changes on the inside.

We received a new DCA map featuring the Food & Wine Festival. The Disneyland map stayed the same for the time being. I’m guessing a new Disneyland map will come March 9th after ToonTown closes on March 8th. I’m still waiting on the official scans so I do not have the inside scans.