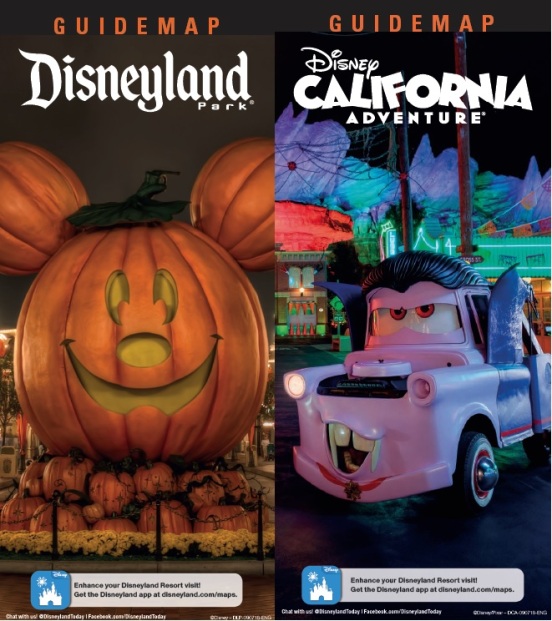 I’m loving the new Halloween Time maps.  It’s actually something different than the normal Haunted Mansion Holiday cover.  For DCA, although they used Dracula Mater last year, at least it’s an actual picture of him in CarsLand instead of a cartoon picture.

I thought we would get new maps for the three days between Pixar Fest ended and HalloweenTime began but it looks like the resort just used the Pixar Fest maps throughout those three days.

As for the insides, that blank spot from where ‘a bugs land’ once stood really stands out on the map and such a random shotout to the Snow White ride on the inside cover of the Disneyland map.  Happy Collecting!