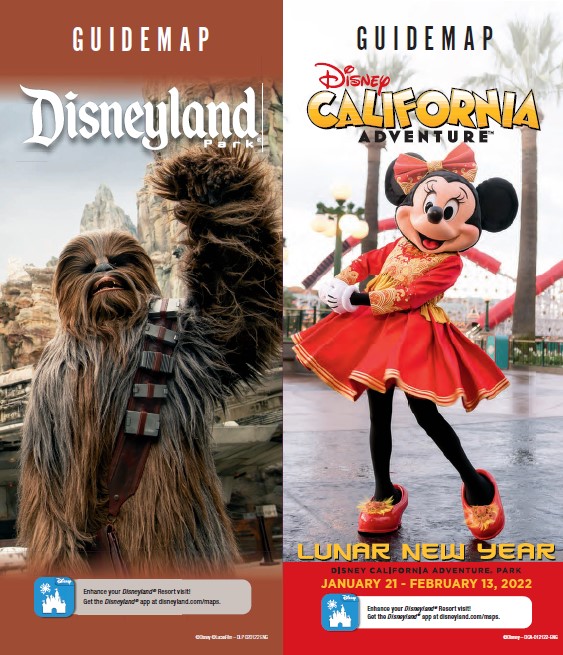 Disneyland released a new map yesterday that features the same Chewbacca cover but with some updates on the inside that include the rename of “It’s a Small World Holiday” back to normal and a special add for the Magic Key Celebrations in February. DCA still the same map featuring Lunar New Year.

Keep in mind, the resort announced that Main Street Electrical Parade, Fantasmic, World of Color and Mickey’s Mix Magic are all supposed to return soon but they have not provided dates. We could also see new maps at anytime featuring those returning shows.